Hello wicked loves I'm finally back to a Haunted Humpday post. Anyone else feel the whiplashes of mercury retrograde? Mine are mostly mental, but damn if they don't effect everything and everyone around me. Astrologer Maria Macario has a lovely article about the science and nature of this retrograde phase that is quite introspective. Okay enough about my mentality let's get on to the good stuff. This haunted post is steeped in Urban Legend and truth of tragic incident's.
When I was a teenager I was part of the youth group at the church I grew up in. Part of the Halloween spirit fun was taking a hayride at night down a long dark road in the country. Sounds like good clean fun right? After you hear my story you might not think so. My youngest daughter recently asked me what urban legends were and that gave me the idea to give the children a first hand  real life experience......in the daylight of course.

" The Tragedy's of Dyers Lane" 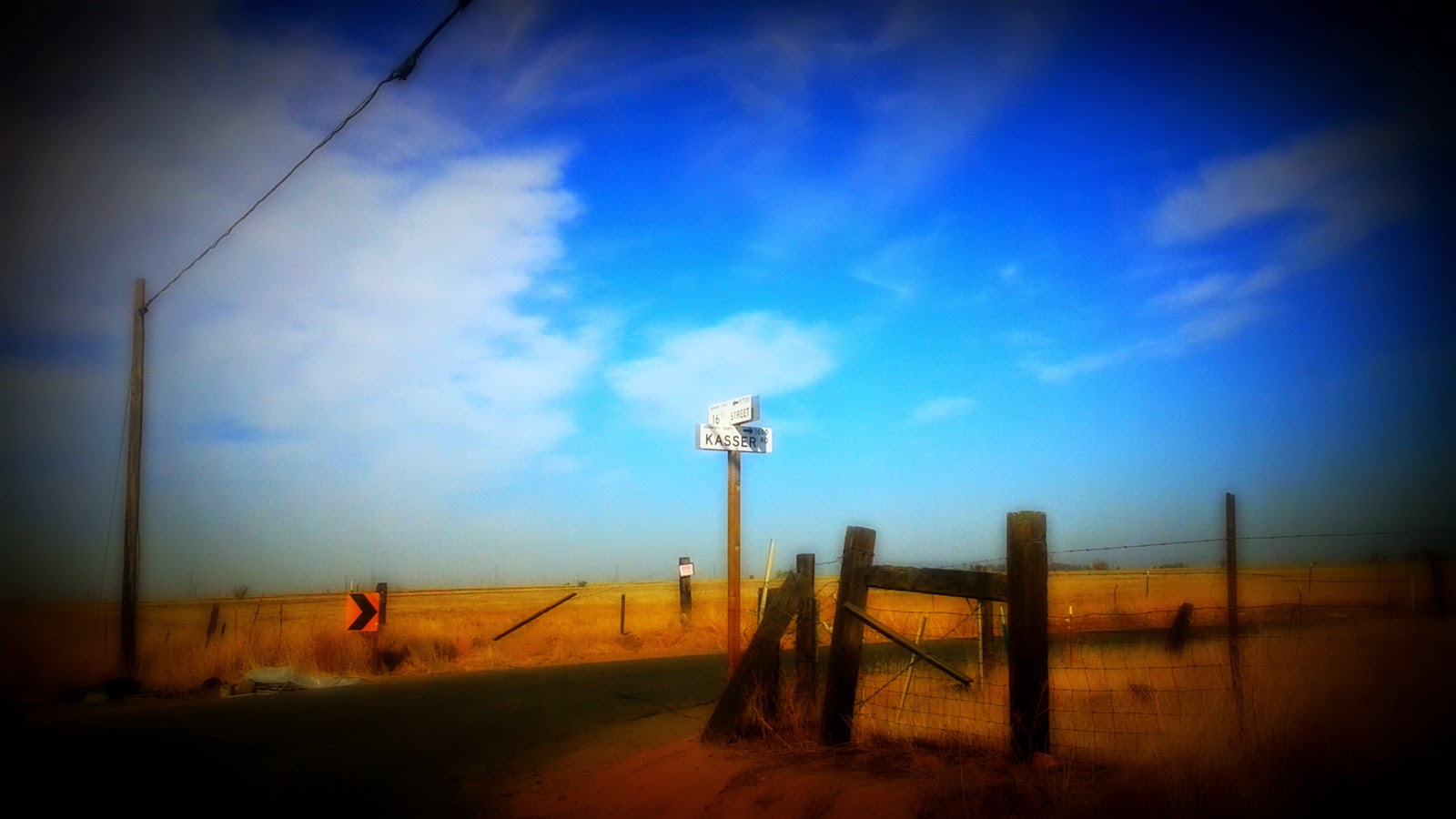 It is legend that a one mile  stretch of  country road in Elverta C.A. is haunted . Oh were do these tales come from? Is it  just a creepy stretch of road to travel at night to freak out your senses?  Kasser Rd, Tan Woods Rd, and Dyer Lane are reported to be haunted do to all the deaths that have occurred over the years. As urban legends go there are many variations on the tales, I'm sharing with you the one's I grew up on. 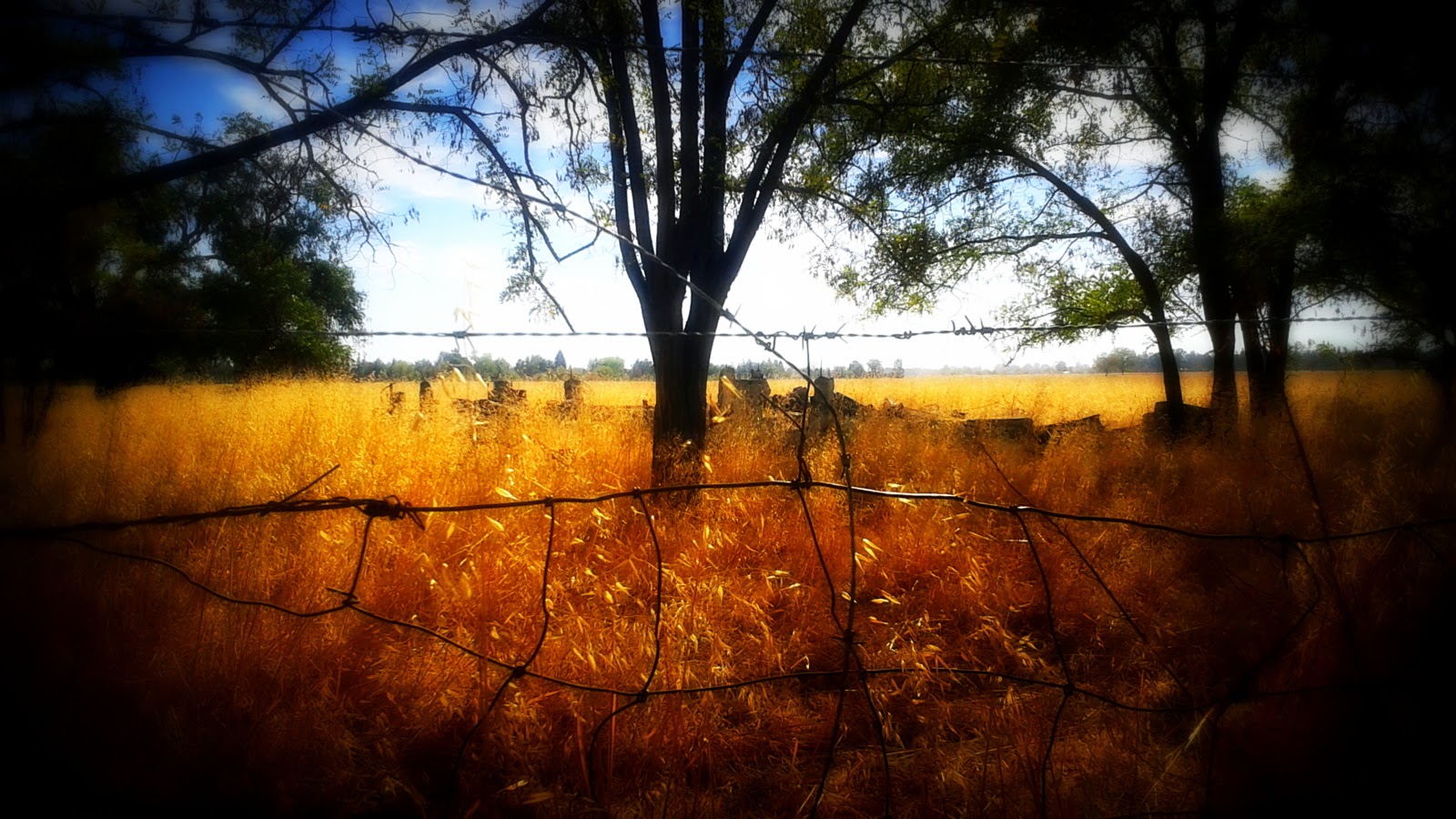 Between 1854-1857 John and Julie Dyer settled their family upon this land. They owned a ranch, a few houses, and a slaughter house. John supposedly had a way with the ladies in town which made his dear farm wife jealous. Enraged by her husbands affairs she went mad and butchered her husband, children, and then did herself in. The oldest son however was not home at the time. When he returned home to find his whole family murdered he set fire to all the homes and slaughter house. The land was sold to Ross Riolo in 1956. 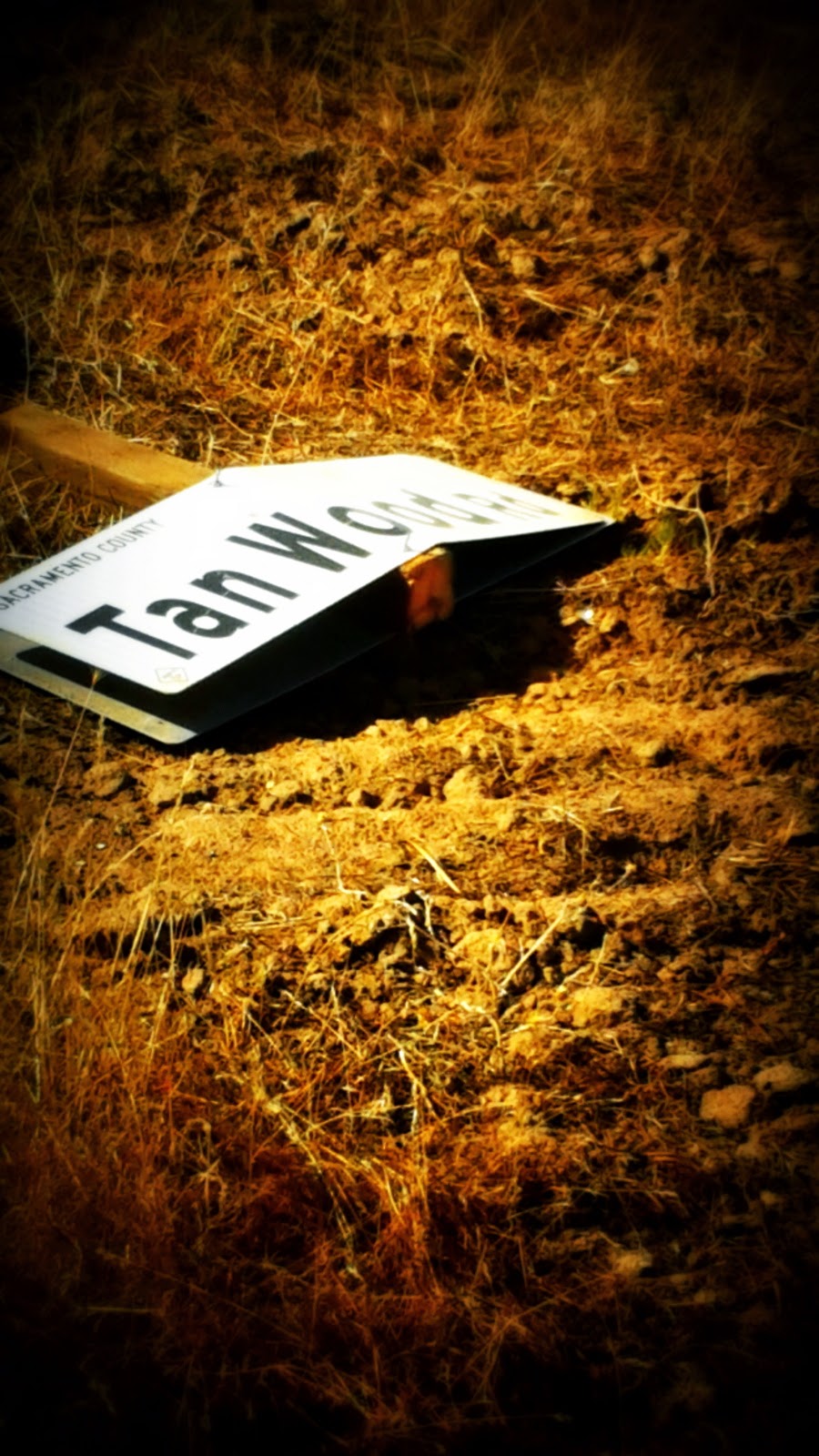 Kasser Rd. turns a left bend onto Tan Woods Road. The slaughter house was on the right. Some one has cut down the street sign. A ton of garbage and graffiti has accumulated at the turn and seems to be some sort of hangout, probably teenagers with nothing better to do , thinking it's fun to prop and spook those that travel down this road at night. 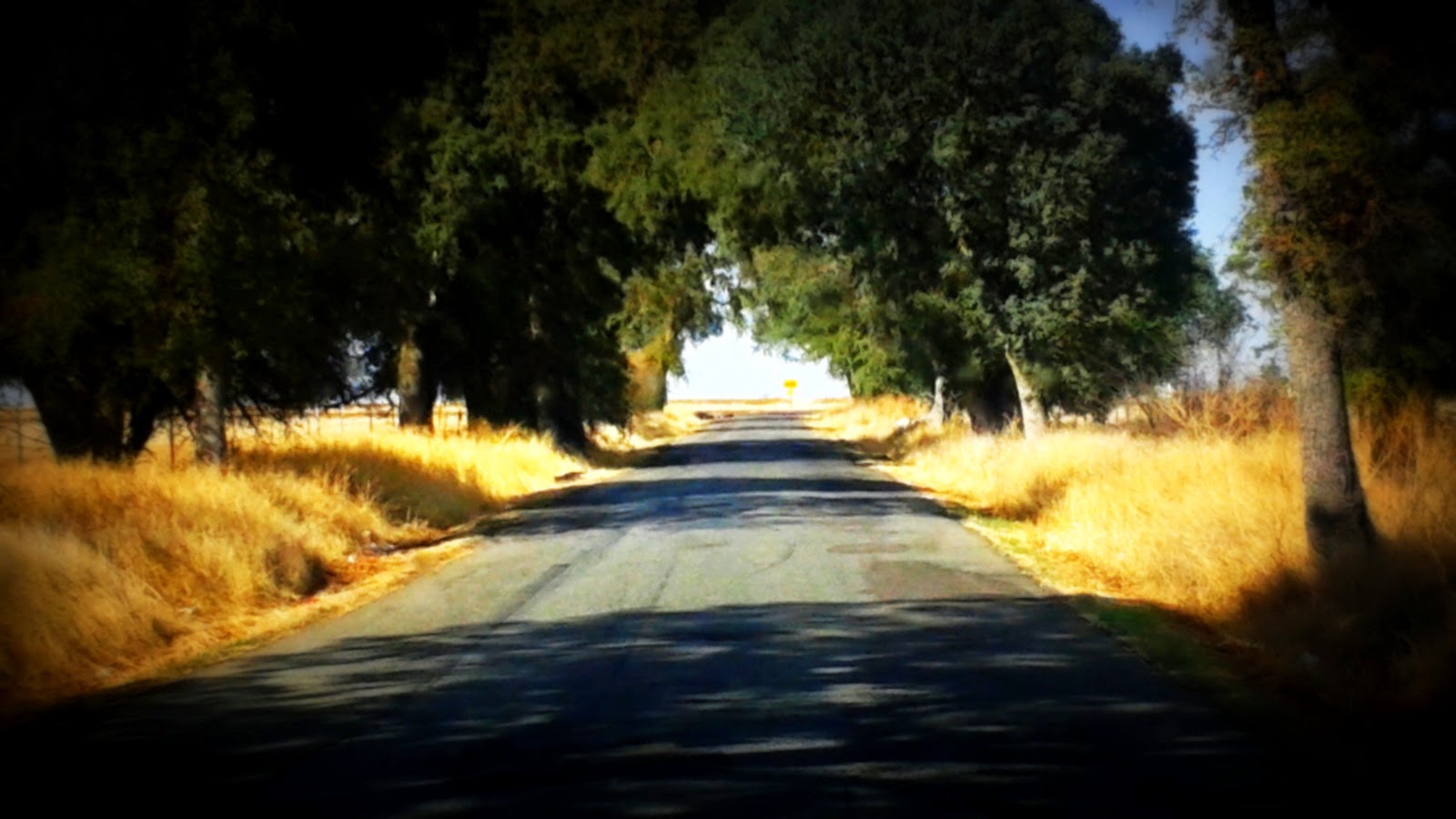 In 1950's a police officer dead either in a car crash or by mysterious circumstances. Story goes that at night his police car comes speeding down the road flashing it's lights and then disappearing into thin air. Police do indeed drive down this road often to make sure nothing crazy is going on, so to see Placer cop cars is common. 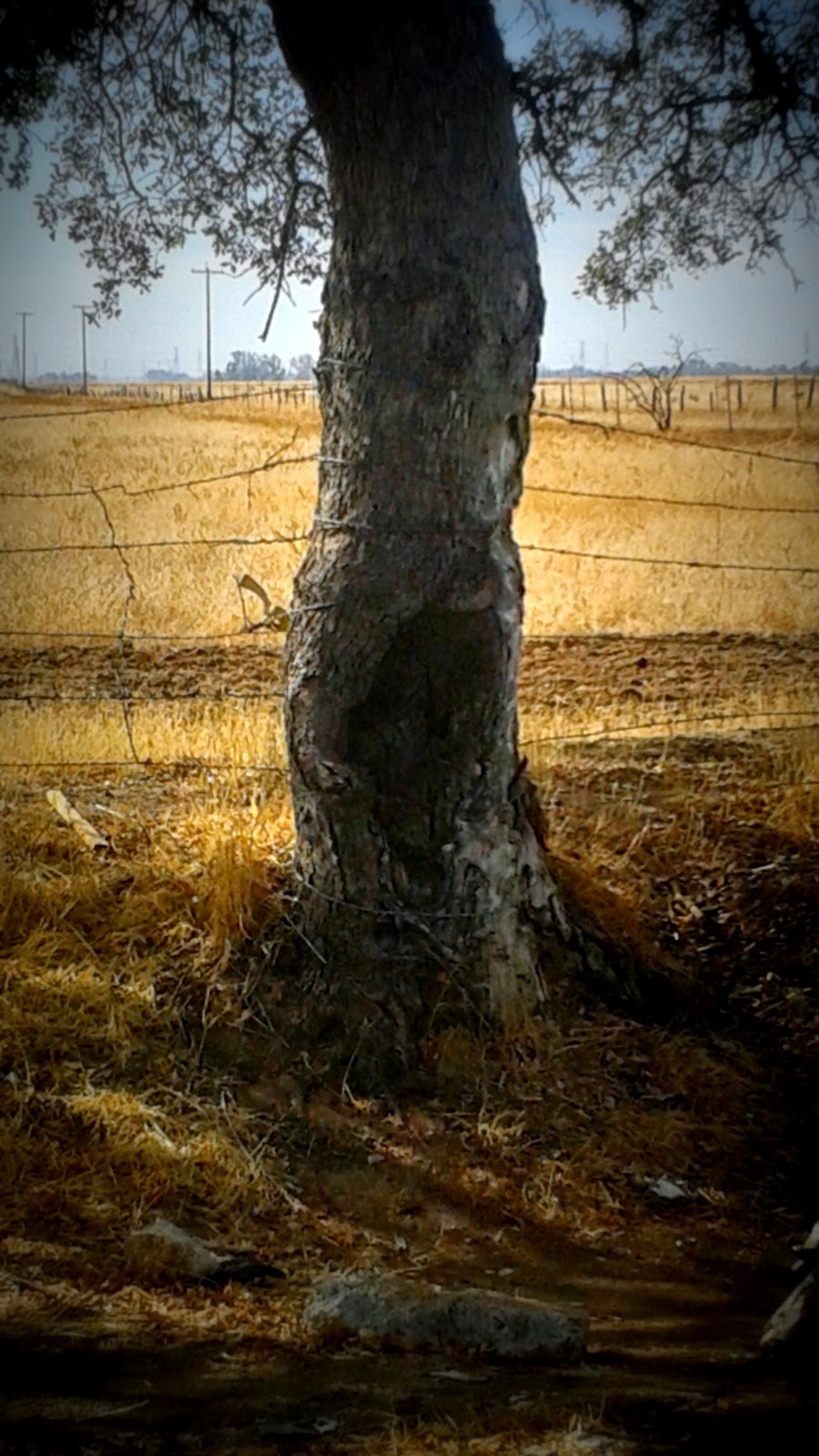 In 1972  two teenagers driving a GTO and Duster were racing. Both the drivers were intoxicated and the GTO driver missed the 90 degree turn slamming into a tree.The impact threw him through the windshield head first into the tree and death occurred instantly on impact. Some say a man with a bashed in skull roams the road. 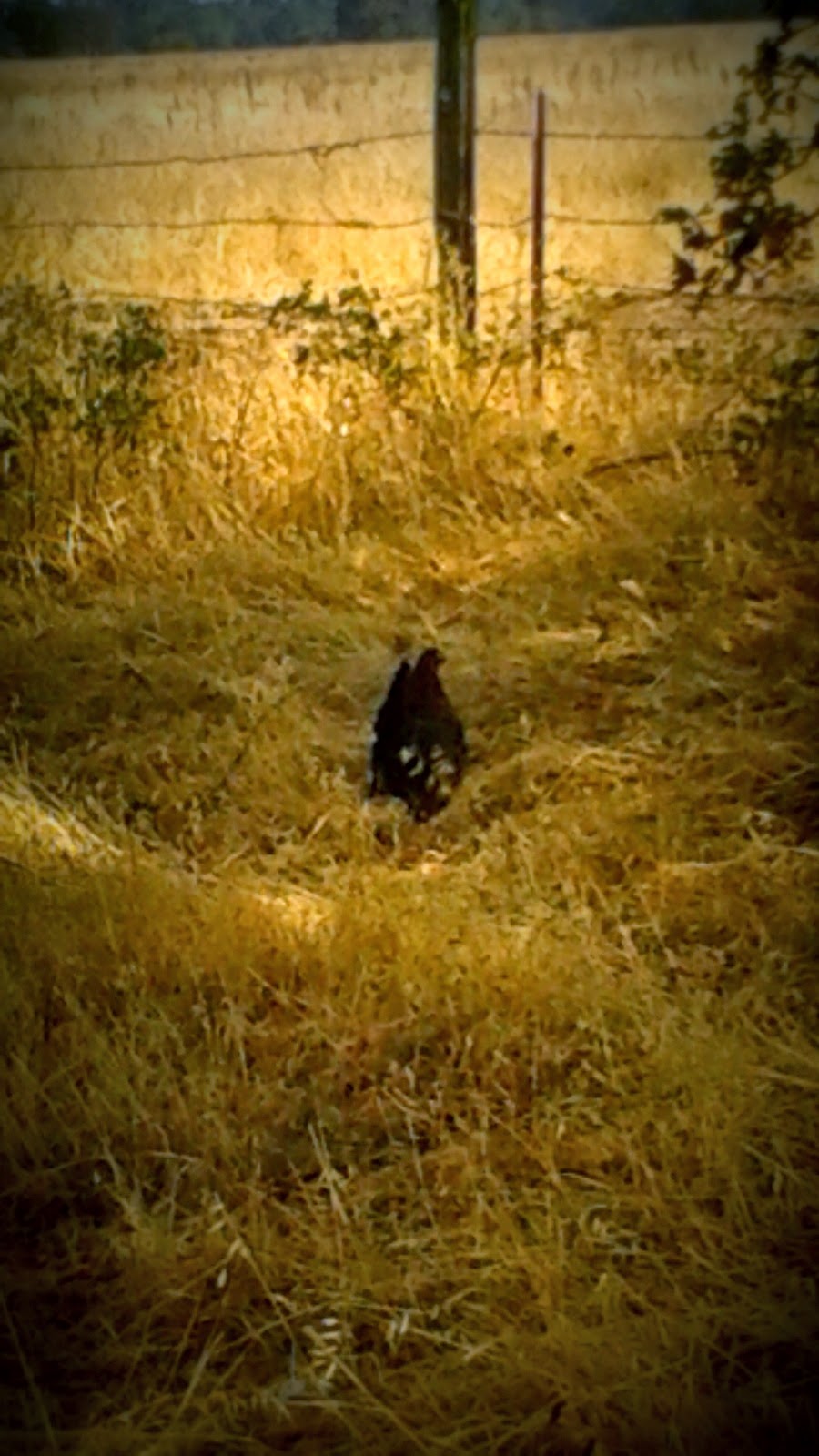 The game of chicken ended bad in this case and there are plenty of them out here. 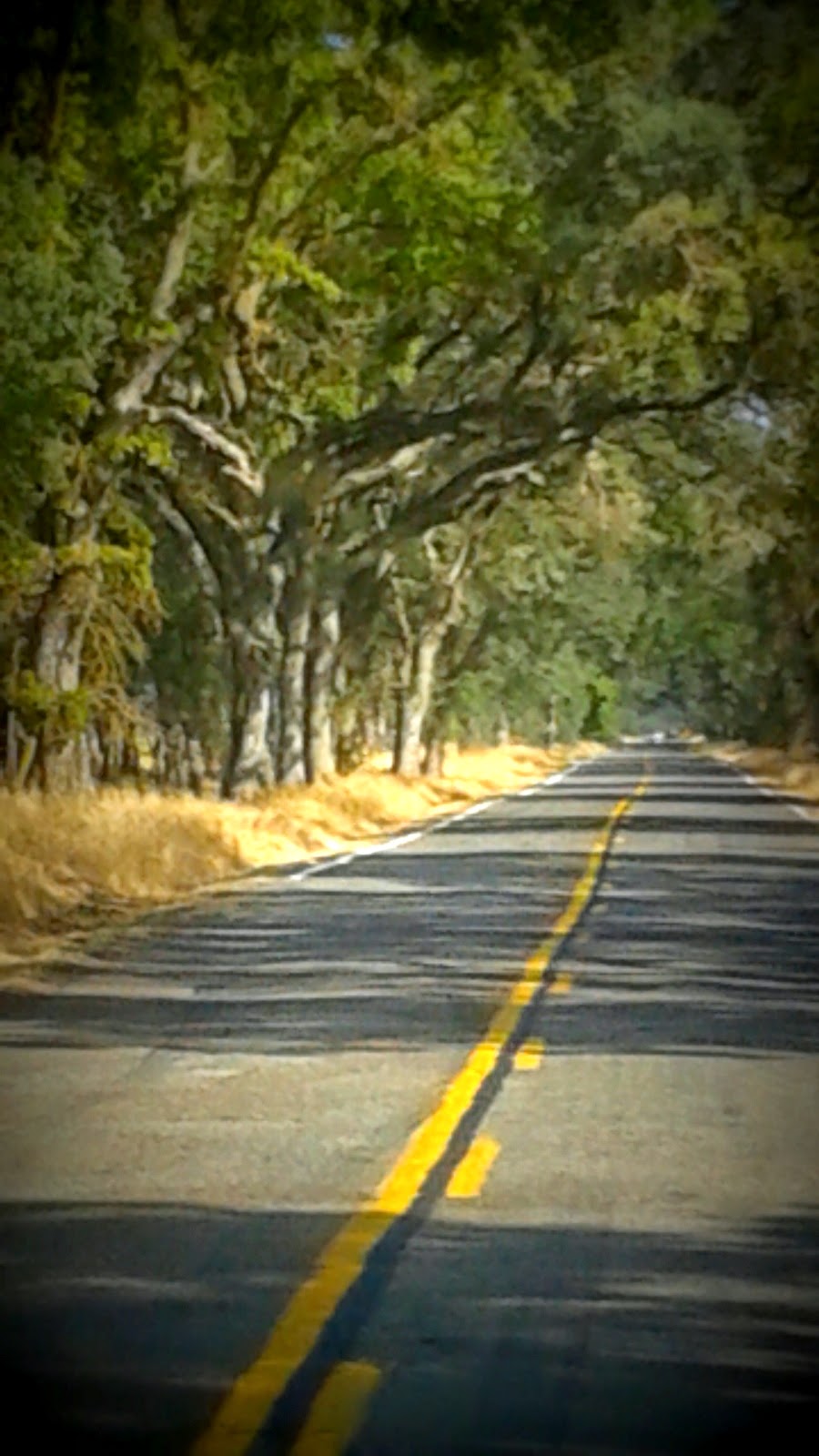 In the 1930's -1940's Dyer Lane was a place of KKK meetings and lynchings were done on the branches of the tree lined street. Plenty of hateful graffiti is also along the road. Legend has it that around the witching hour  you can see the ghosts hanging from the limbs, and rocks are being thrown from unknown sources. 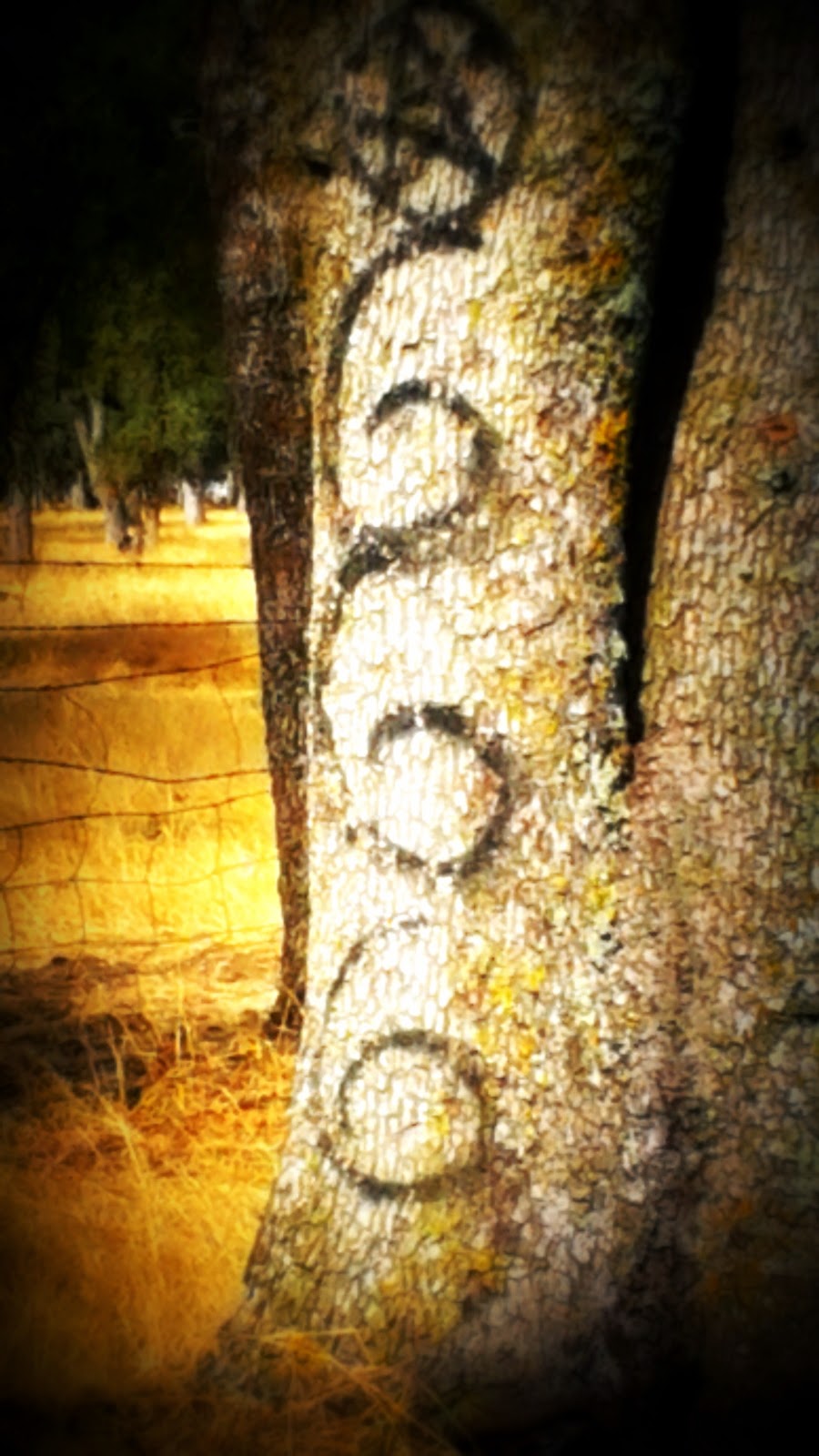 Satanic rituals are believed to occur in the fields with cow's being sacrificed and there blood being used in ritual. Redpaint is also splattered on the street around this site. 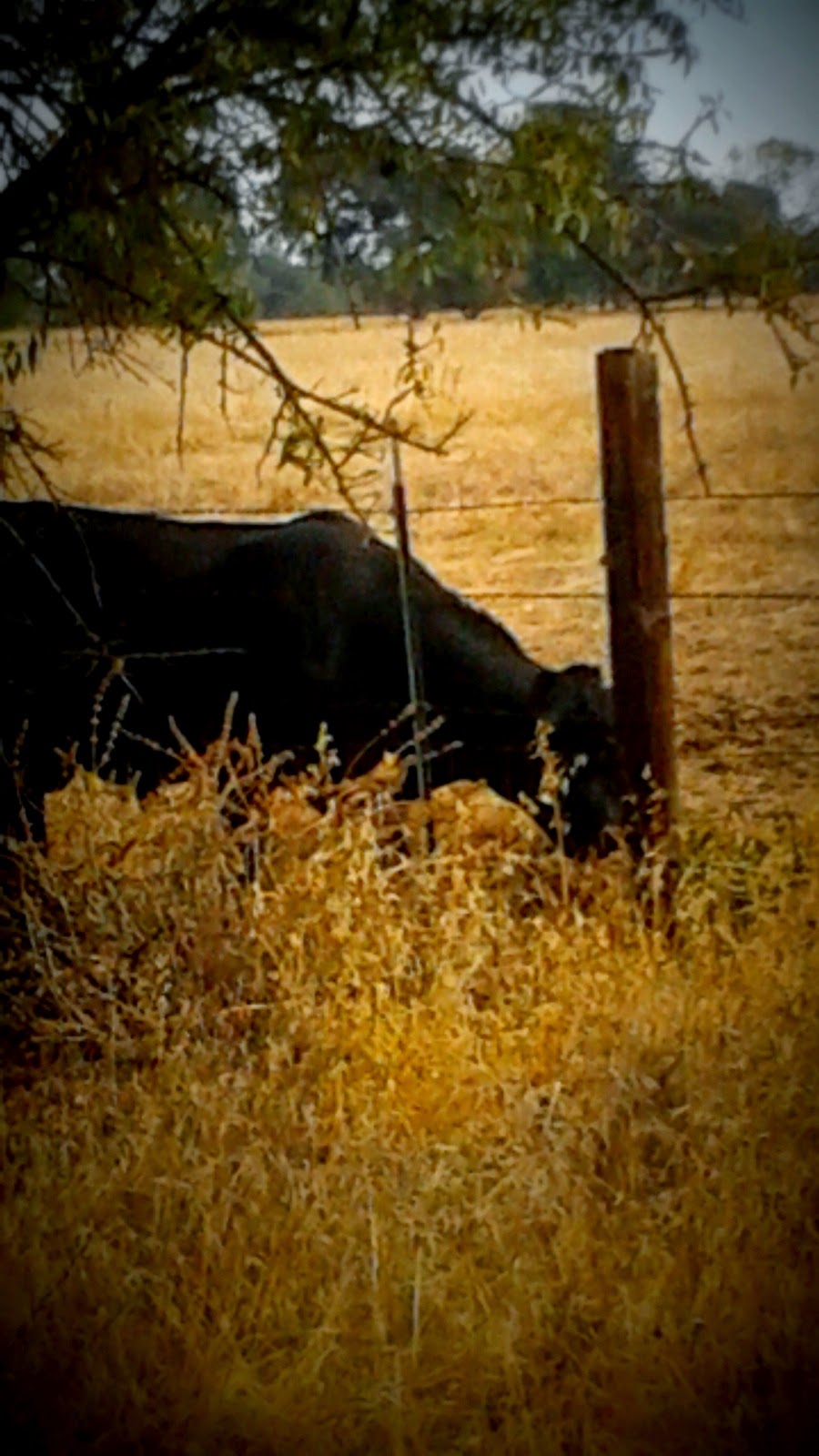 This guy's lucky there is no longer a slaughter house down the road, but he better watch out for the dark practitioners. 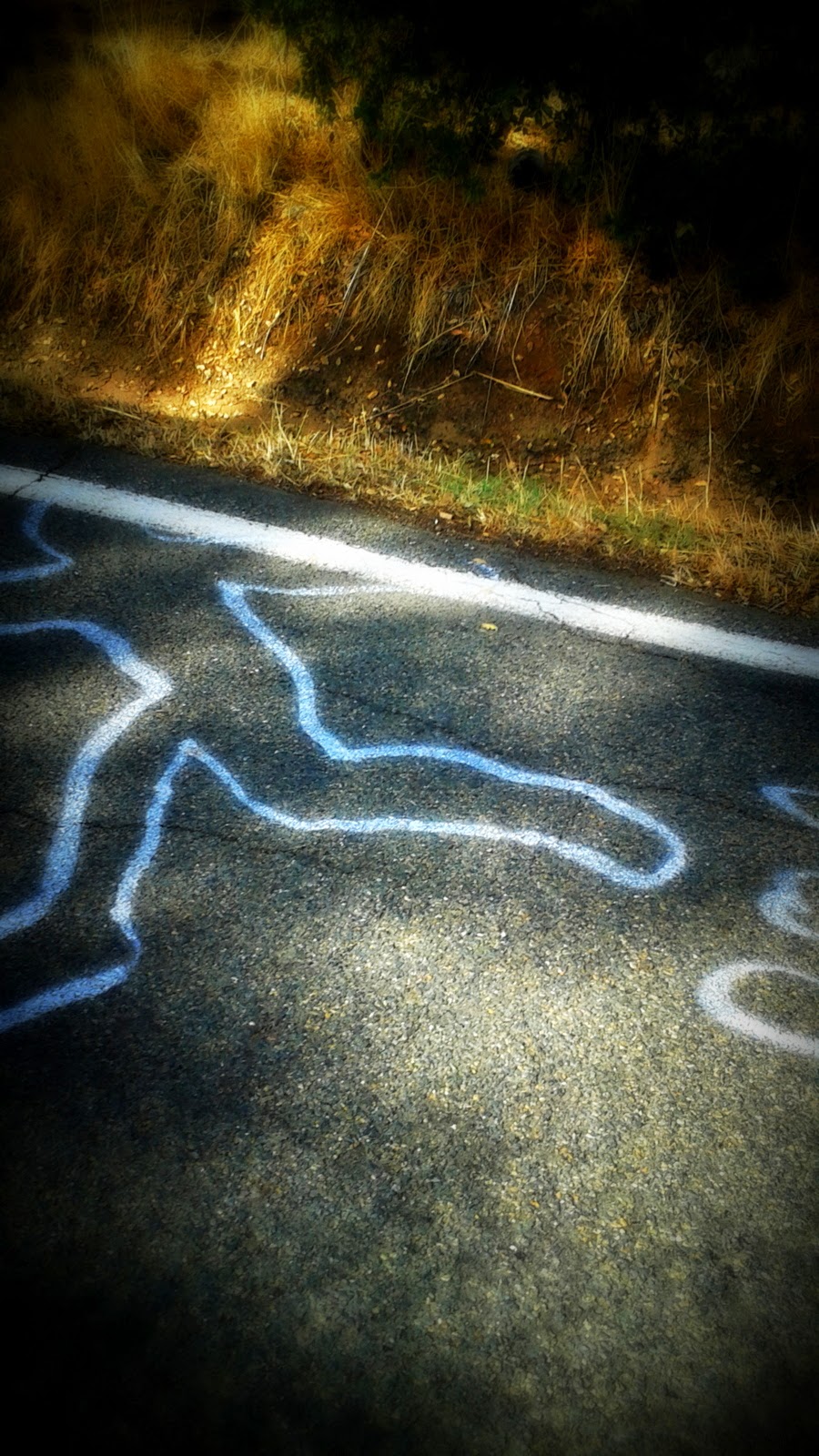 In 1985 a teenager died of stab wounds due to a racially charged gang fight between 100 students from Rio Linda & Encina High. Random gone shots are often heard by the farmers living out here. 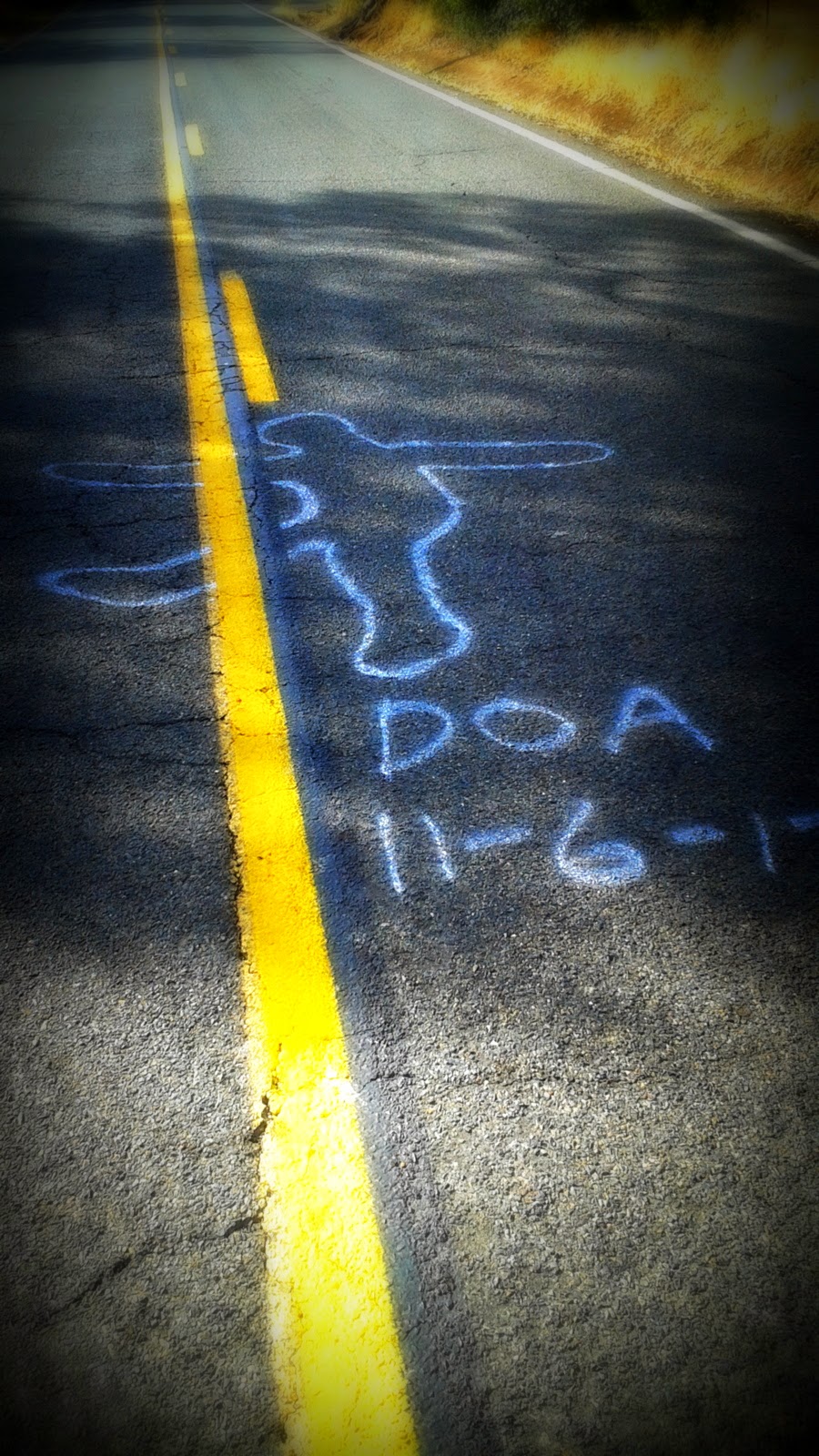 There are those out there that think they can freely graffiti and add there own essences to the urban legends and haunted roads. Are you scared of things that go bump in the night? Would you dare travel down Dyer Lane, turn off your car and roam down the road in the dead off night? You might not be able to start your car if you do! 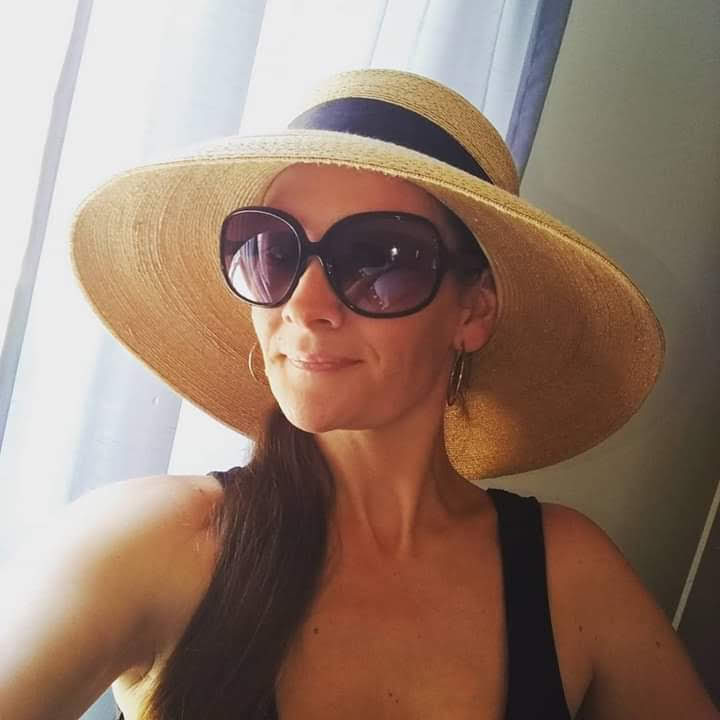 Welcome to my musings at Gypsy Spirit Rising. Blogging to you from our Texas Homestead "Celestial Pines Sanctuary". Come sit for a spell, there's always something new brewing.☕ Holly